The Optical Internetworking Forum (OIF) is using the OFC exhibition taking place in Los Angeles this week to showcase the first electrical interfaces running at 56 Gigabit. Coherent optics in a CFP2 pluggable module is also being demonstrated. 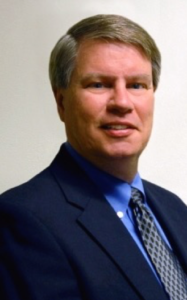 “These are major milestones that the [demonstration] efforts are even taking place,” says Nathan Tracy, a technologist at TE Connectivity and the OIF technical committee chair.

Tracy stresses that the CEI-56G specifications and the CFP2-ACO remain works in progress. “They are not completed documents, and what the demonstrations are not showing are compliance and interoperability,” he says.

Five CEI-56G specifications are under development, such as platform backplanes and links between a chip and an optical engine on a line card (see Table below).

Moving from the current 28 Gig electrical interface specifications to 56 Gig promises to double the interface capacity and cut electrical interface widths by half. “If we were going to do 400 Gigabit with 25 Gig channels, we would need 16 channels,” says Tracy. “If we can do 50 Gig, we can get it down to eight channels.”  Such a development will enable chassis to carry more traffic and help address the continual demand for more bandwidth, he says.

But doubling the data rate is challenging. “As we double the rate, the electrical loss or attenuation of the signal travelling across a printed circuit board is significantly impacted,” says Tracy. “So now our reaches have to get a lot shorter, or the silicon that sends and receives has to improve to significant higher levels.”

One of the biggest challenges in system design is thermal management

Moreover, chip designers must ensure that the power consumption of their silicon do not rise. “We have to be careful as to what the market will tolerate, as one of the biggest challenges in system design is thermal management,” says Tracy. “We can’t just do what it takes to get to 56 Gigabit.”

To this aim, the OIF is pursuing two parallel tracks: using 56 Gigabit non-return-to-zero (NRZ) signalling and 4-level pulse amplitude modulation (PAM-4) which encodes two bits per symbol such that a 28 Gbaud signalling rate can be used. The 56 Gig NRZ uses simpler signalling but must deal with the higher associated loss, while PAM-4 does not suffer the same loss as it is similar to existing CEI-28 channels used today but requires a more complex design.

“Some [of the five CEI-56G specifications] use NRZ, some PAM-4 and some both,” says Tracy. The OIF will not say when it will complete the CEI-56G specifications. However, the projects are making similar progress while the OIF is increasing its interactions with other industry standards groups to shorten the overall timeline.

Two of the CEI-56G specifications cover much shorter distances: the Extra Short Reach (XSR) and Ultra Short Reach (USR). According to the OIF, in the past it was unclear that the industry would benefit from interoperability for such short reaches.

The XSR interface is designed to enable higher aggregate bandwidth on a line card which is becoming limited by the number of pluggable modules that can be fitted on the platform’s face plate. Density can be increased by using mid-board optics (an optical engine) placed closer to a chip. Here, fibre from the optical engine is fed to the front plate increasing the overall interface capacity.

The USR interface is to support stackable ICs and MCMs.

All are coming together in this pre-competitive stage to define the specifications, yet, at the same time, we are all fierce competitors

“The most important thing for everyone is power consumption on the line card,” says Tracy. “If you define these very short reach interfaces in such a way that these chips do not need as much power, then we have helped to enable the next generation of line card.”

The demonstrations reflects what OIF members are willing to show, as some companies prefer to keep their work private. “All are coming together in this pre-competitive stage to define the specifications, yet, at the same time, we are all fierce competitors,” says Tracy.

Also on display is working CFP2 analogue coherent optics (CFP2-ACO). The significance of coherent optics in a pluggable CFP2 is the promise of higher-density line cards. The CFP is a much bigger module and at most four can be fitted on a line card, while with the smaller CFP2, with its lower power consumption, up to eight modules are possible.

Using the CFP2-ACO, the coherent DSP-ASIC is external to the CFP2 module. Much work has been done to ensure that the electrical interface can support the analogue signalling between the CFP2 optics and the on-board DSP-ASIC, says Tracy.

At OFC, several companies have unveiled their CFP2-ACO products including Finisar, Fujitsu Optical Components, Oclaro and NEC, while Clariphy has announced a single-board reference design that includes its CL20010 DSP-ASIC and a CFP2-ACO slot.