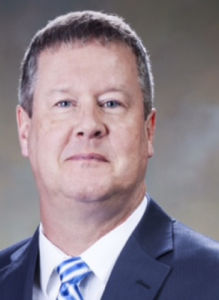 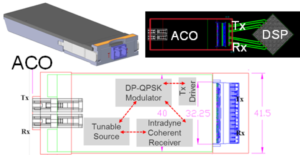 The Optical Internetworking Forum has approved Multi-Link Gearbox (MLG) 3.0, an agreement that supports 100G links and allows independent 10GBASE-R signals to transit physical 20G and 40G lanes for higher bandwidth capability. In addition, the members voted to start work on a CFP8-ACO project, building on the recently approved CFP2-ACO IA that was demonstrated in market-available products at OFC in March of this year.

The OIF has commenced work on a new analog coherent optics project that supports higher baud rate and higher wavelength/ carrier-count applications at higher density than the existing CFP2-ACO. The new project, dubbed CFP8-ACO, utilizes the existing CFP8 definition from the CFP-MSA group and provides up to 4 wavelengths/carriers per module. In addition to a 20w power profile, the new specification includes a 9.5mm module height, allowing for a double-stack line card or belly-to-belly. A 40mm module width will enable a 2 x 8 configuration for a 16 module line card.  This allows for an increased number of modules as well as an increased number of wavelength/carriers.

“The OIF is looking ahead to what is needed in 2018 and we need to get started now to support the market needs for more wavelength/carriers in coherent optics modules,” said Karl Gass of Qorvo and the OIF Physical and Link Layer Working Group optical vice chair.  “Our goal with the CFP8-ACO module is a 4x increase in faceplate density and we expect to complete this next year.”

About the OIF
The OIF facilitates the development and deployment of interoperable networking solutions and services. Members collaborate to drive Implementation Agreements (IAs) and interoperability demonstrations to accelerate and maximize market adoption of advanced internetworking technologies. OIF work applies to optical and electrical interconnects, optical component and network processing technologies, and to network control and operations including software defined networks and network function virtualization. The OIF actively supports and extends the work of national and international standards bodies. Launched in 1998, the OIF is the only industry group uniting representatives from across the spectrum of networking, including many of the world’s leading service providers, system vendors, component manufacturers, software and testing vendors. Information on the OIF can be found at http://www.oiforum.com.